Emancipation Arts is a multi-platform content creator committed to telling vital stories which showcase the diversity of human experience and expand social boundaries. An award winning producer of theater, television, film, and web properties, Emancipation Arts is a company that catalyzes artistically and commercially successful collaborations between local and international platforms. We are excited to be at the forefront of developing novel content strategies that cultivate conversations from grassroots theatre to global audiences. 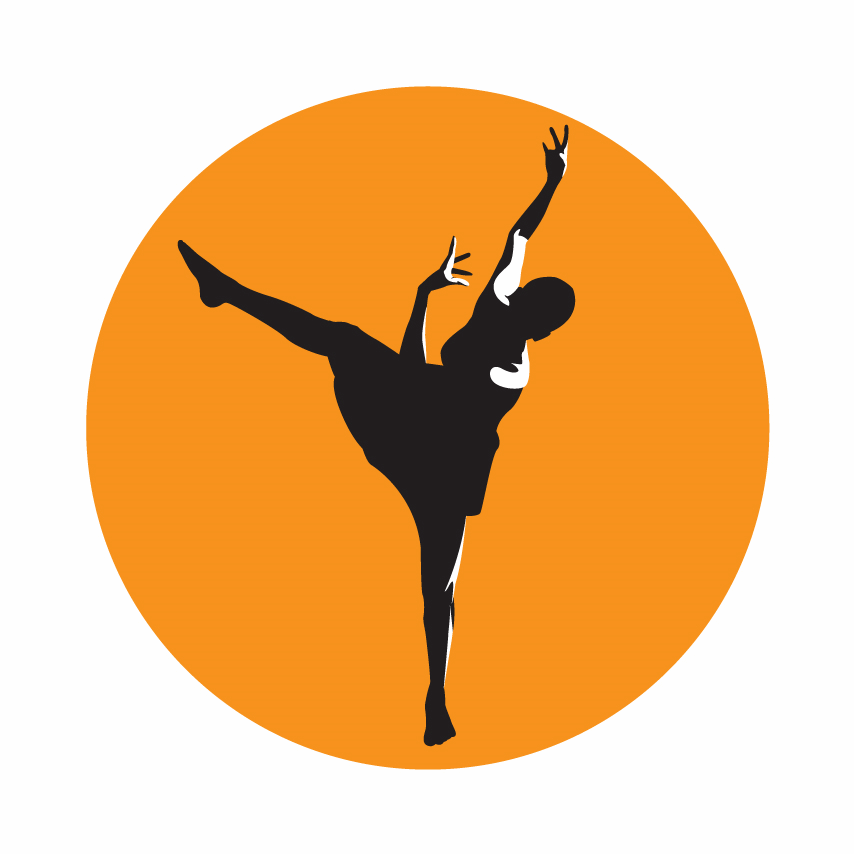 “The 1st Time Project” is a story of bringing us together and opening us up. This documentary play examines what happens when daughters, sisters, and friends ask their mothers, aunties, and matriarchs about their 1st sexual experiences, exploring women's relationships with sexuality from culture to culture and from one generation to the next.

Intergenerational and cultural differences around sexual attitudes are highlighted as generations of women share their experiences, a community transcendance of cultural boundaries. The common thinking and language used is that one ‘gives something up’ the 1st time and ‘loses’ something precious. What transpires in the initial experience sets the stage for how we view sexuality and can powerfully influence our personal value going forward. We carry narratives inside of us often without knowing their origins or what they are.

Together we look for what has been called 'lost' to see what we find. “The 1st Time Project” aims to cultivate a deeper understanding of ourselves and—perhaps—even reimagine the ‘birds and bees’ conversation. With such a journey into our most private realms, we draw out of us a heart story. This is a story about bringing us together, bringing our stories together, and bringing about conversation. We can not predict what that conversation will be, but we know that it is time.

Care For Color is about self-love, self-care and self-knowledge through the lens of the African diaspora. Host Ngozi Paul interviews celebrities such as Stacey McKenzie, Los Angeles guerilla gardener Ron Finley and LA's Black Surfers Collective. While alluding to African origins, this docu-series tackles both trendy and age-old health, wellness, and beauty secrets for people of all shades and colors.

See Care for Color on the Africa Channel every Thursday at 7:30pm ET. 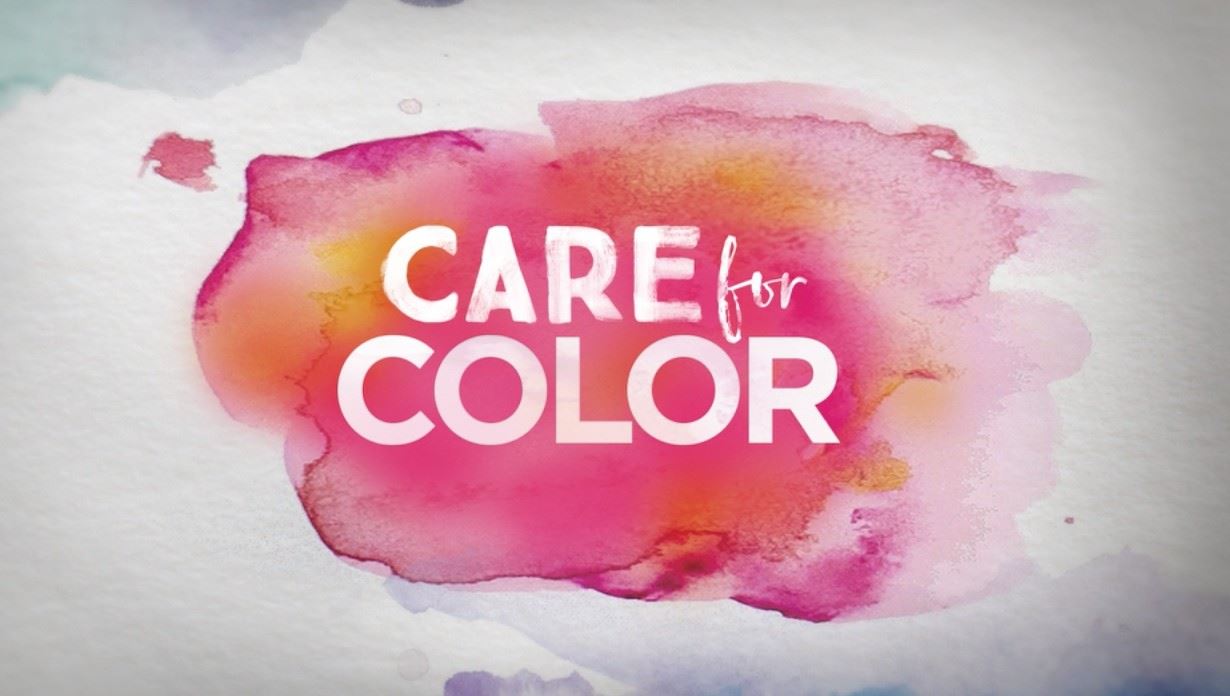 'da Kink in my Hair

'da Kink in my Hair took Toronto by storm — it broke box office records, charmed critics, and wowed audiences! Now it's finally back. Set in a Caribbean hair salon in Toronto, this amazing musical gives voice to eight dynamic women who tell their incredible, uncensored, and unforgettable stories. Stories that will move, inspire, and delight you! 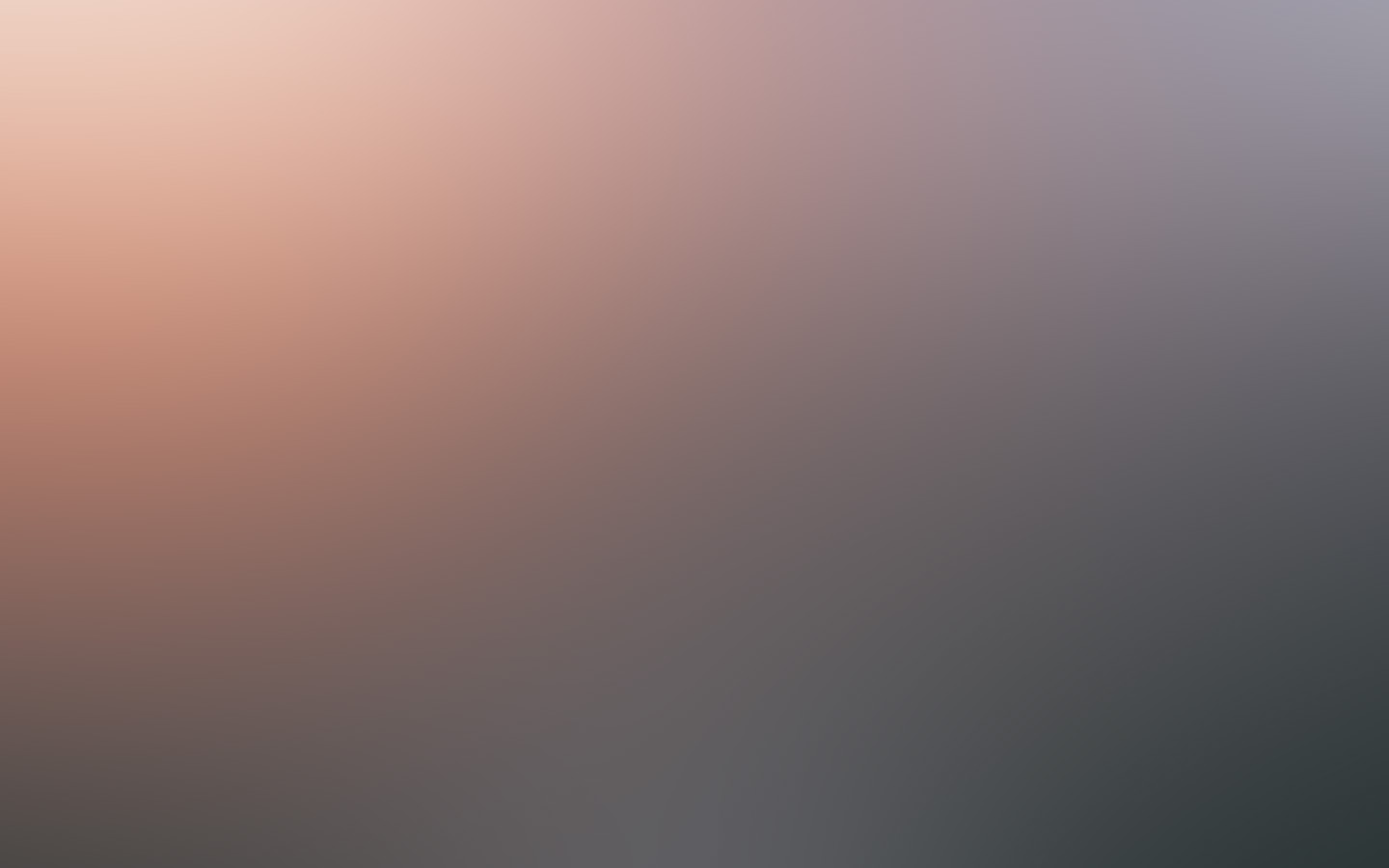 The Emancipation of Ms. Lovely

The Emancipation of Ms. Lovely is a hilarious, timely, and evocative tale of a young woman's search for love. At different stages in her life Lovely struggles with her understanding of herself as a black woman and awakens to her sexual identity as mirrored through popular culture. Personal stories from Lovely's life interweave with the story of Sarah Baartman (The Venus Hottentot), the historical symbol of the commodification of black women's sexuality. From the 21st century twerk to the “faux-cul” of the 19th century, Lovely travels a musical landscape using movement, sound, and dance, looking for self-love and emancipation on her journey. 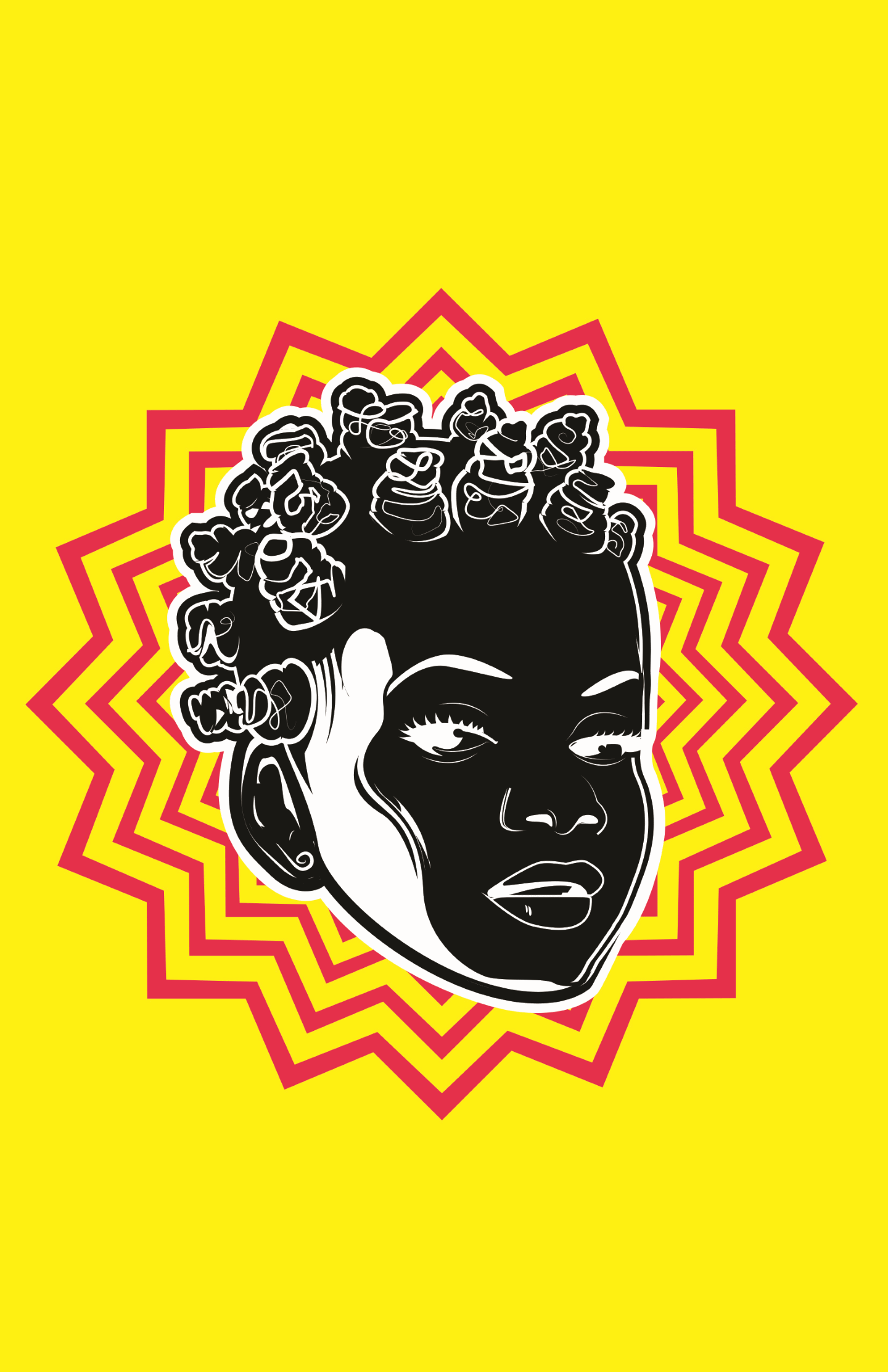 “A bathroom can be a loaded place for a woman living in 2017. It's a place of privacy, quiet, and literal and mental reflection. In Ngozi Paul's solo show about a black woman’s journey through understanding her sexuality and coming to a state of self-love, there’s hardly a better setting.”

Read more at The Star

“The Emancipation of Ms. Lovely, Ngozi Paul's powerful new play, is a frank exploration of what it means to be a young black woman. It not only tells a personal story; it also tells the story of her friends, Caribbean people, black people, first generation Torontonians and many more.”

Hear the interview at CBC Radio

Read more at The Torontoist

“With today’s social and political climate being what it is, The Emancipation of Ms. Lovely is a sharp look at the struggle to find one’s own agency and the true discovery of self.”

Read more at She Does The City

“…a fascinating look at the disturbing legacy of cultural objectification and oppression.” 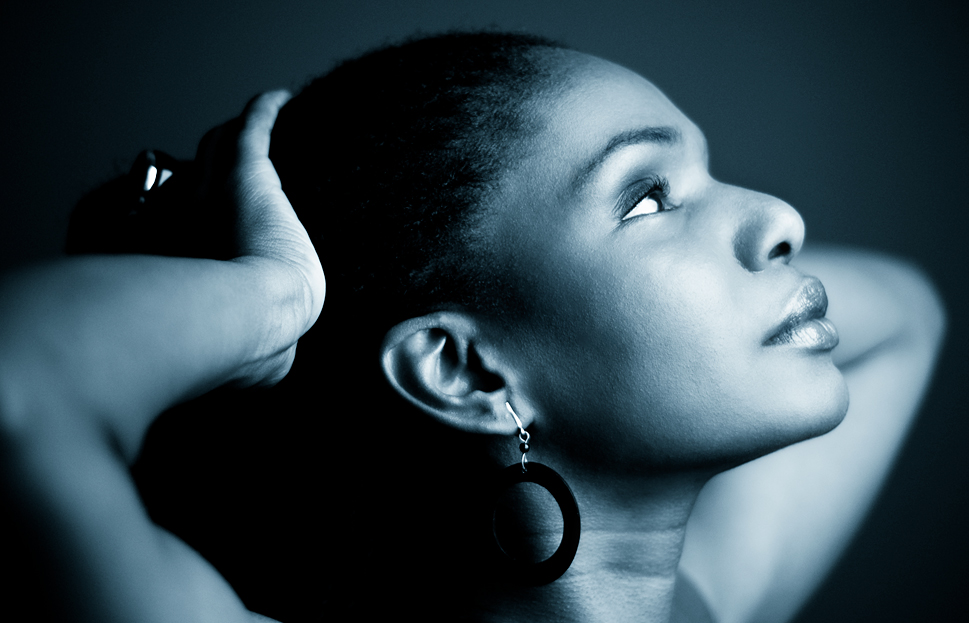 Ngozi Paul is an award-winning stage and on screen actress, writer, director and producer. Born and raised in Toronto, Canada to pan-African parents from the Caribbean islands, her upbringing created the foundation for her work as a social and cultural innovator.

With academic roots from the prestigious Birmingham Conservatory for Classical Theatre in Ontario, Canada, Ngozi began her acting career on stage at The Stratford Festival of Canada. Following the groundbreaking and successful run of the theatre production 'da Kink in my Hair, Ngozi co-created, executive produced, and was a lead cast member in the television series by the same name. In addition, Ngozi has been cast, most notably, with fellow actors Don Cheadle, Chiwetel Ejiofor (Talk to Me) and Rachel Weisz (The Whistleblower).

As playwright, her self-penned one woman piece The Emancipation of Ms. Lovely, an inter-generational, cross continental allegory on the black woman's multitudinous identity, prompted Toronto's alt-weekly Now Magazine to write: “The magnetic Paul holds every moment onstage in a fierce, funny and moving performance.” and name Ngozi Paul as one of five artists to watch in 2015/16.

Paul remains steadfast in her mission to produce innovative, evocative, and compelling content that showcases the diversity of the human experience. She currently has a show on-air titled “Care for Color” carried on US cable television's The Africa Channel and is in advanced development of The 1st Time Project, a multi-platform documentary exploring female sexuality from an inter-generational and inter-cultural perspective.

She has traveled the world extensively in both her personal and professional capacities, most notably as global ambassador for Plan International's Because I am a Girl and The Steven Lewis Foundation.

Ngozi Paul has received many industry awards including a Spotlight Performance Award, a CAB (Canadian Association of Broadcasters) Award, and has been nominated for the Gemini Hottest TV Star Award, the Gemini Best Ensemble Cast Award, and the Dora Award. 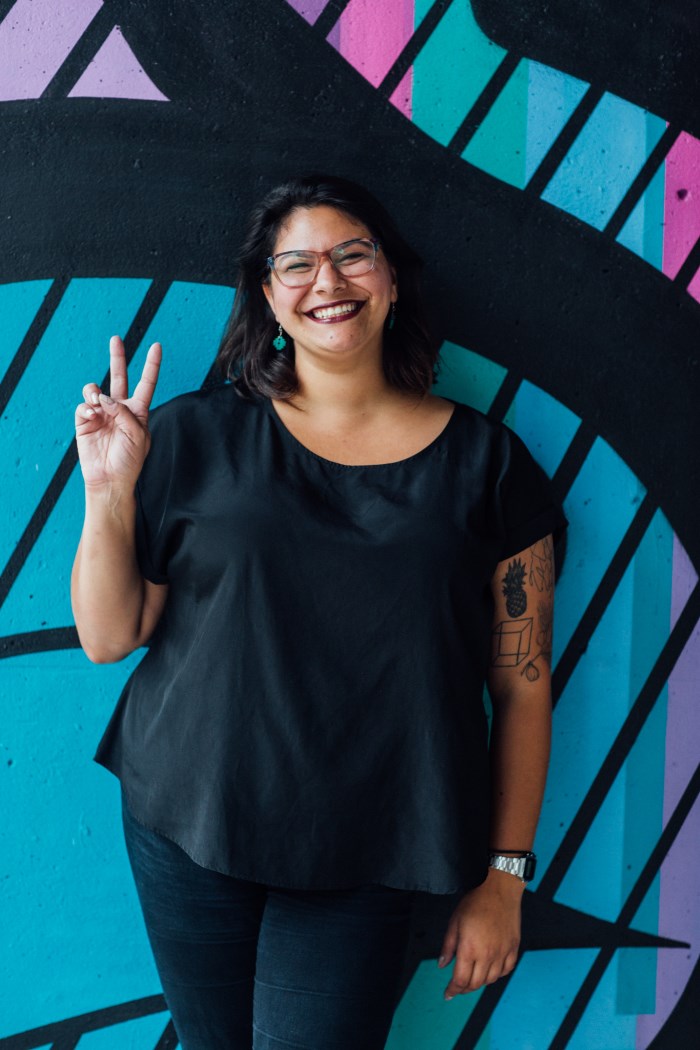 Julia is a daydreamer and a traveler who has been working in the non-profit sector for eight years after graduating from Business Marketing from Seneca College. She has had the pleasure of working on multiple projects to empower youth, provide access to the arts, and organizing community initiatives with various organizations. In 2015 and 2016 she worked with Prince's Charities Canada to develop the Campaign for Wool Week in Toronto, Montreal, and Victoria. Since working for six years with UforChange, an arts education program, she became the Executive Director in the fall of 2017 where she mentored youth and implemented new programs for eight months. In 2017 Julia joined Emancipation Arts and was the Associate Producer for The Emancipation of Ms. Lovely at Crow's Theatre, a production which was nominated for six Dora Awards and received two. Julia continues to work alongside the Feminist Art Collective to help plan their conferences, and in the summer of 2017, she developed and facilitated a weekend art retreat for youth focusing on the Women's Kit that was created in the 1970s. The youth and Julia had their expressive art on display in the OCADU Gallery.

She is the founder of DriveTO, a philanthropy-focused group that comes together to knit and hosts drives for shelters in the city, helping marginalized groups by donating necessary items such as warm clothes, soap, and feminine hygiene products. While studying Public Relations at Ryerson University in 2016, Julia received the Communicators' Forum Award for her work with DriveTO.

Ultimately, Julia is passionate about learning what challenges exist in society and how she can positively contribute to changing the world with the youth in her city and abroad. Every year, Julia travels with Operation Groundswell or solo to volunteer with local NGOs, sustainable farms, animal conversations, Indigenous communities, and youth groups. Julia believes that everyone should have equal opportunity to thrive and is passionate about providing young people with mentorship opportunities and artistic and entrepreneurial programs that benefit them for future successes. 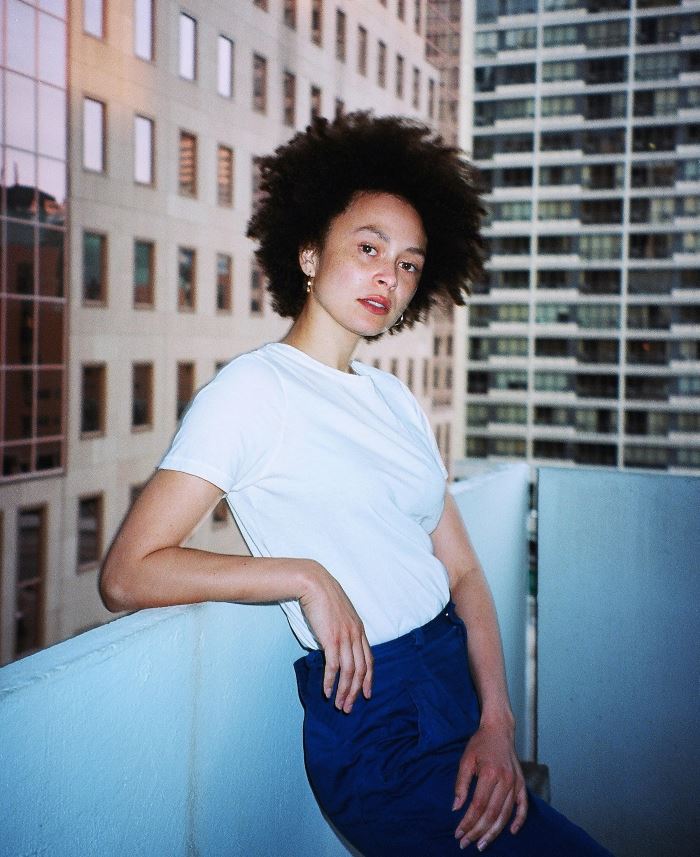 Salawu runs a weekly health and wellness initiative called Run Regent in Regent Park which she created in 2015. Her commitment to promote community healthy living in Regent Park was recognized at UofT's Black Graduation (2018) where Salawu won the Angela James Award for Excellence and Outstanding Athletic Achievement. Alongside Run Regent, Salawu has curated Ain't I A Woman. I Am A Man (Design Exchange, 2017) and Lost in Translation (Artscape Yongeplace, 2016). The former recounts the history, family, celebration, hope, trauma, desire, and love within the soul and body of the youth in the Black diaspora through their visual and poetic work while the latter was a multi-disciplinary performance event that explores the diaspora experience of youth in Toronto.

Salawu is the Founder and Editor of The African Diaspora Literature and Performance Toolkit, a forthcoming online adaptable list of resources that provides examples about African diasporic literature and performing arts with a focus in African-Canadian creation. It is designed to be used by high school english and drama teachers in their classrooms.

In 2017, Salawu was the Junior Associate Producer for The Emancipation of Ms. Lovely at Crow's Theatre, a production which was nominated for six Dora Awards and received two.

Salawu is excited for what's to come of Emancipation Arts.